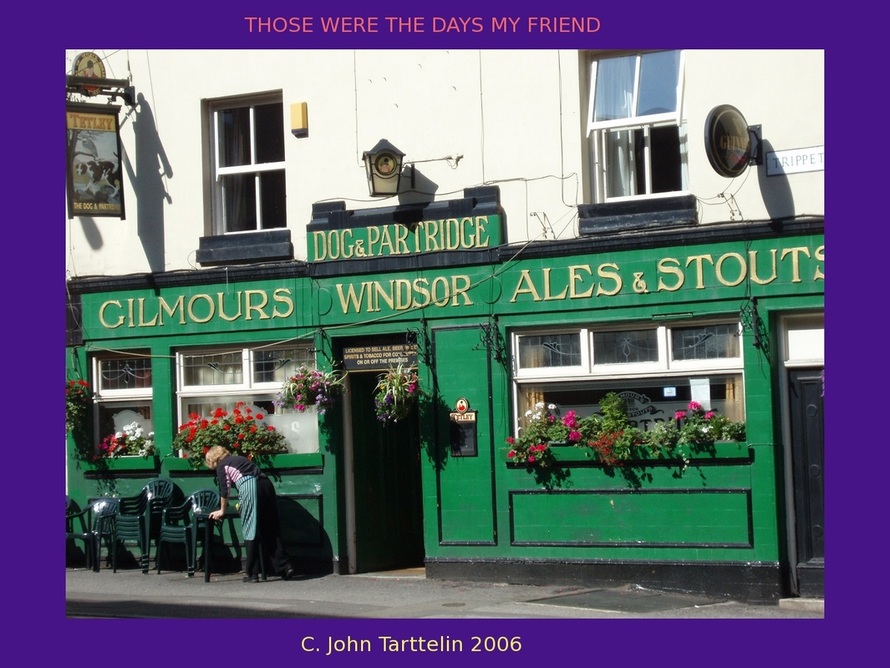 Oh what bliss was is that dawn to be alive and to know that in the evening I would frequent the best pub in Sheffield!
The Dog and Partridge in Trippet Lane served the best pint of Guinness this side of the River Liffey. And there was no O'Connell bridge to cross after a night of exquisite imbibing - more a case of Don roaming.

I was introduced to this high palace of refreshment way back in 1974 by my college buddies Paul Steggles and Steve 'Spam' Macadam. Wherever you are now gents it was one of the kindest things you ever did in your lives. In those days we nursed a half of best Liffey water and talked of philosophy and Russian novels. What consummate posers we were. As every drop of angel's tears caressed our thirsty tongues we would wax lyrical about what we would do with our lives. What were those aching days of youth - to where have they flown?

The thing about the Irish is that they know where the 'craic' is. And boy was there life and enjoyment aplenty in the Dog and Partridge. The Flynns had been running the place since 1970 and even when Frank passed on, his wife Anne continued until Christmas 2009 - the same landlady for nearly 40 years! The same cheerful welcome year upon year would warm the cockles of anyone's heart.

Then there was the music and musicians - Maurice Malone what a character he was! "A pint of Guinness and a port for me throat". Every Saturday afternoon Maurice would be playing his guitar in the famous JFK room where the walls were covered by original editions of papers from that momentous day back in 1963. I was only a boy of eight back then, listening to the Beatles' "She Loves You Yeah Yeah" on Cleethorpes seafront, my youthful senses overwhelmed by the smell of salt and vinegar and fish and chips. Little did I know of the hours of fantastic music I would one day hear in the back room of the Dog And Partridge.

When everyone smoked you had to cut your way through the smog to this other Brigadoon.  There was more smoke than during the Fire of London, but it was worth it when the notes of angels whispering in heaven  flew from the fluent fingers of Maurice and the lads. More recently Maurice played along with Chris and Kevin, one a superlative organist and the other a wizard of the guitar.  I have posted some of their brilliant music on Youtube. My favourite song is 'strawberry beds' - "I'll love you well today, I'll love you more tomorrow, Oh Molly..." as it goes, about the ferrymen losing their jobs. Sadly, one ferryman is never out of work and he transports even the most talented souls to that other world. We all must face the music some day.

In the meantime there is the craic! Anne now runs The Grapes just up the road in Trippet Lane and Chris and Kevin play there on a Saturday afternoon.  Tucked away in the spacious back room are the yellowed pages of living history - the JFK newspaper cuttings. And I have nearly four decades of wonderful Dog day memories. 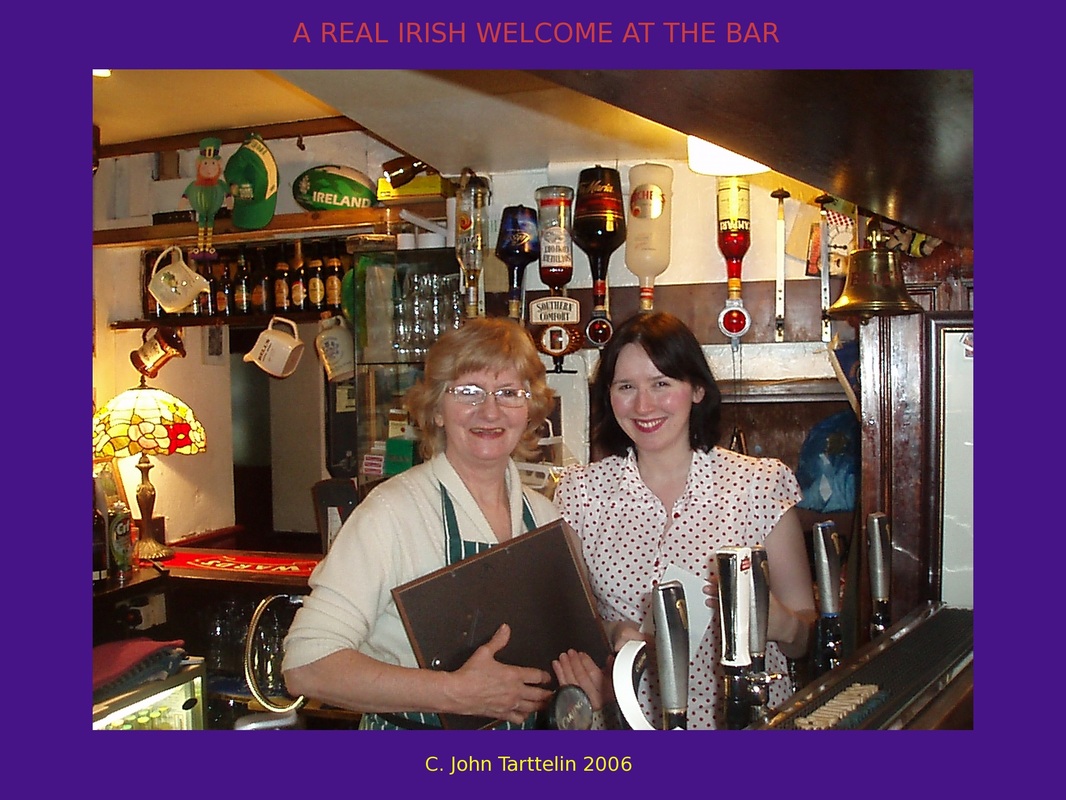 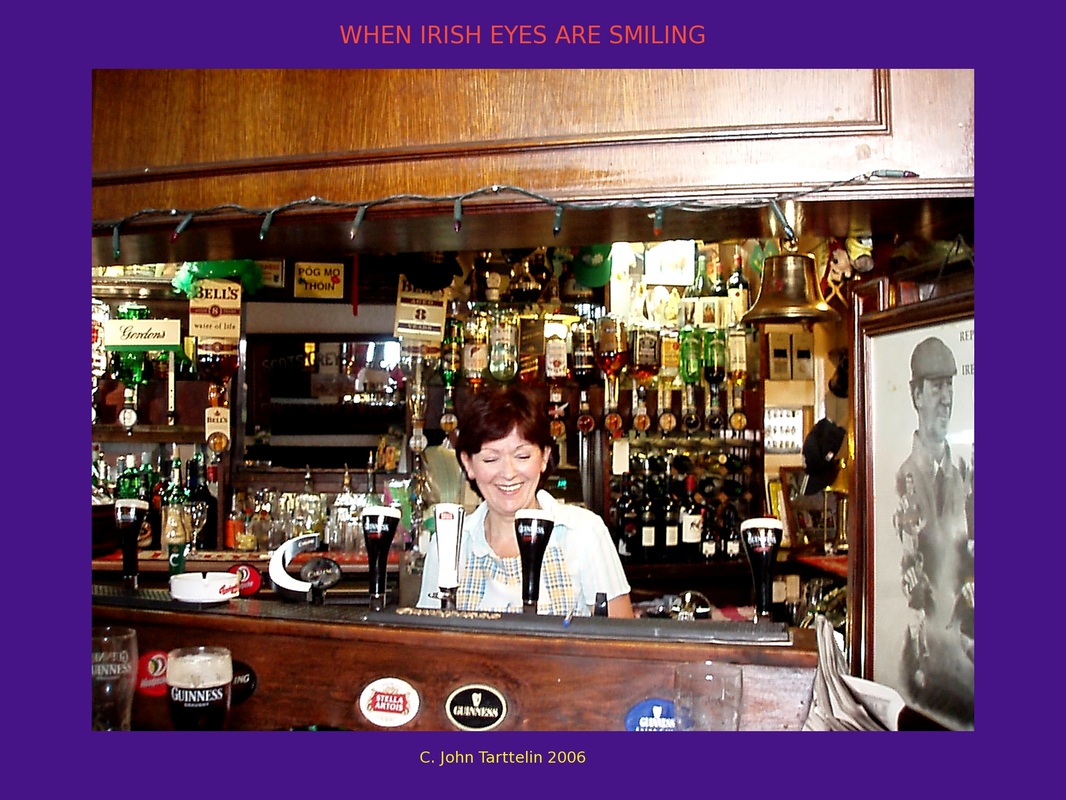 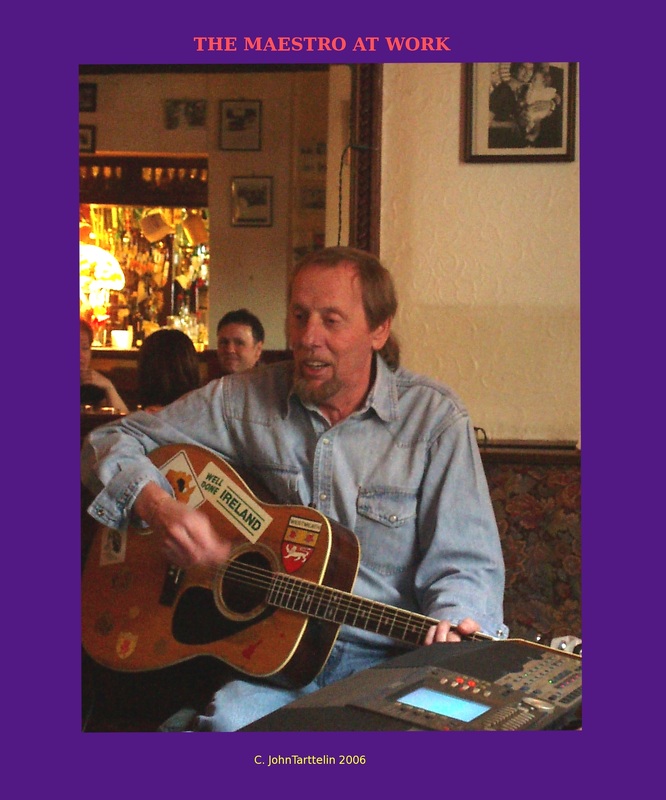 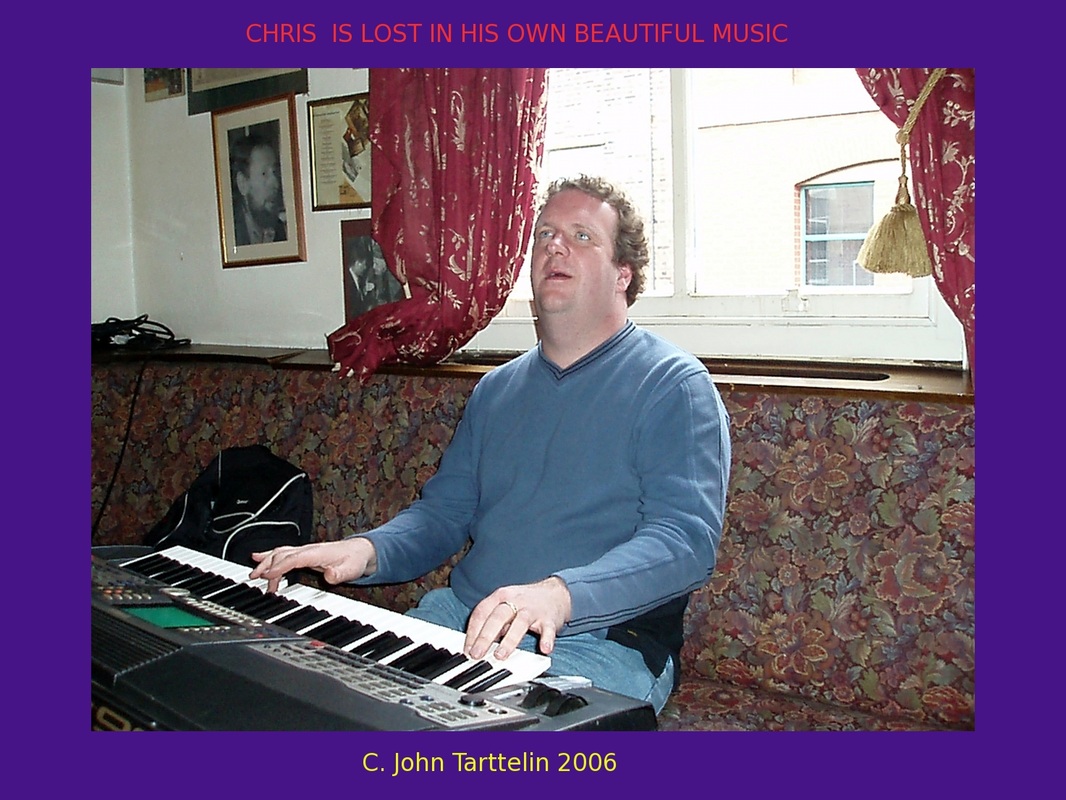 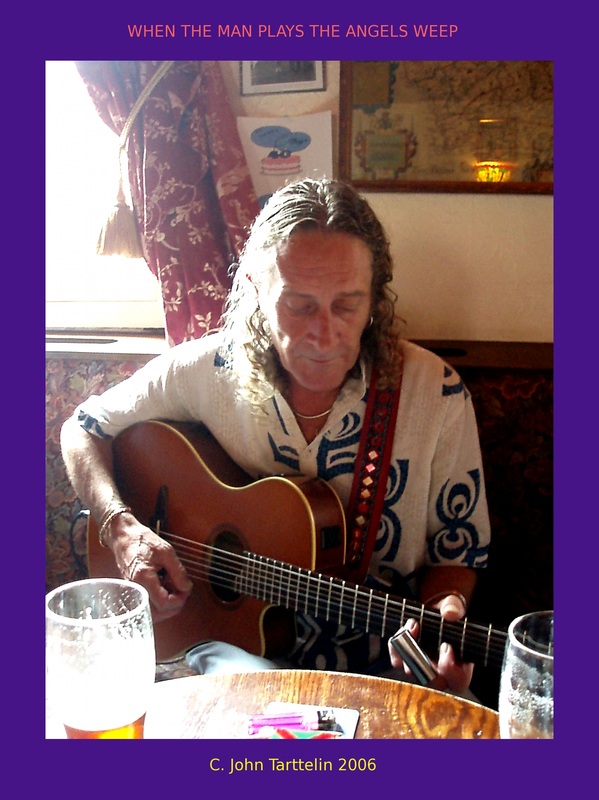 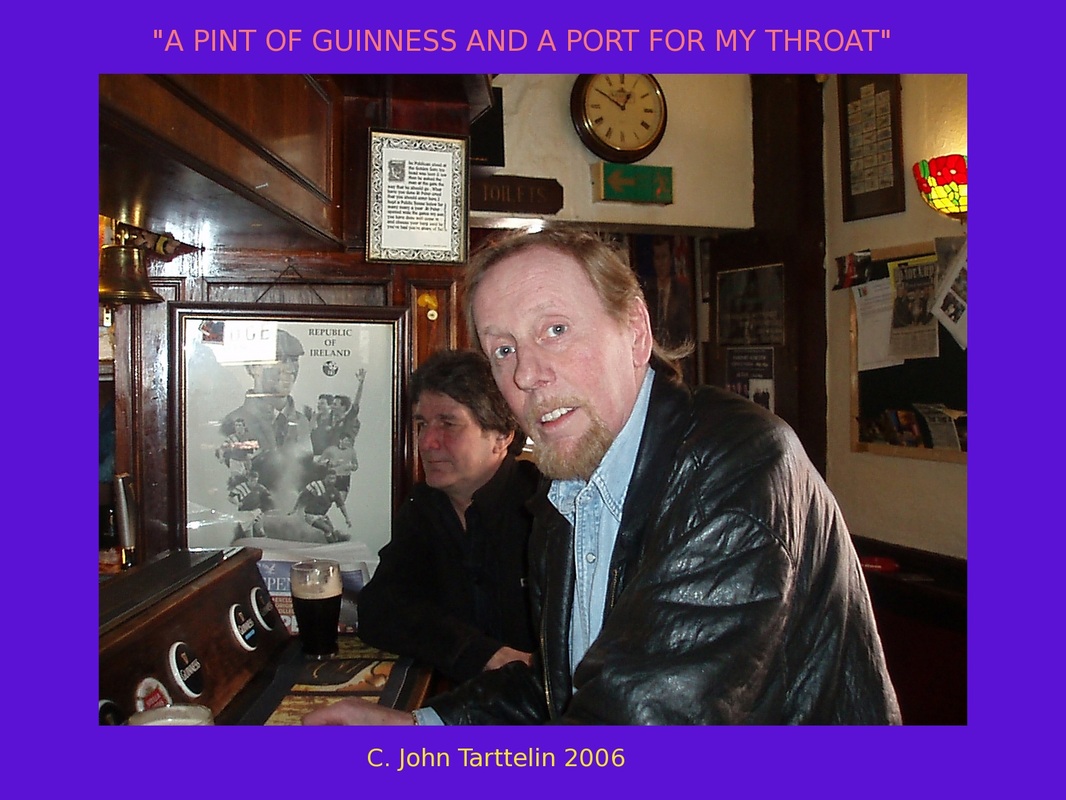 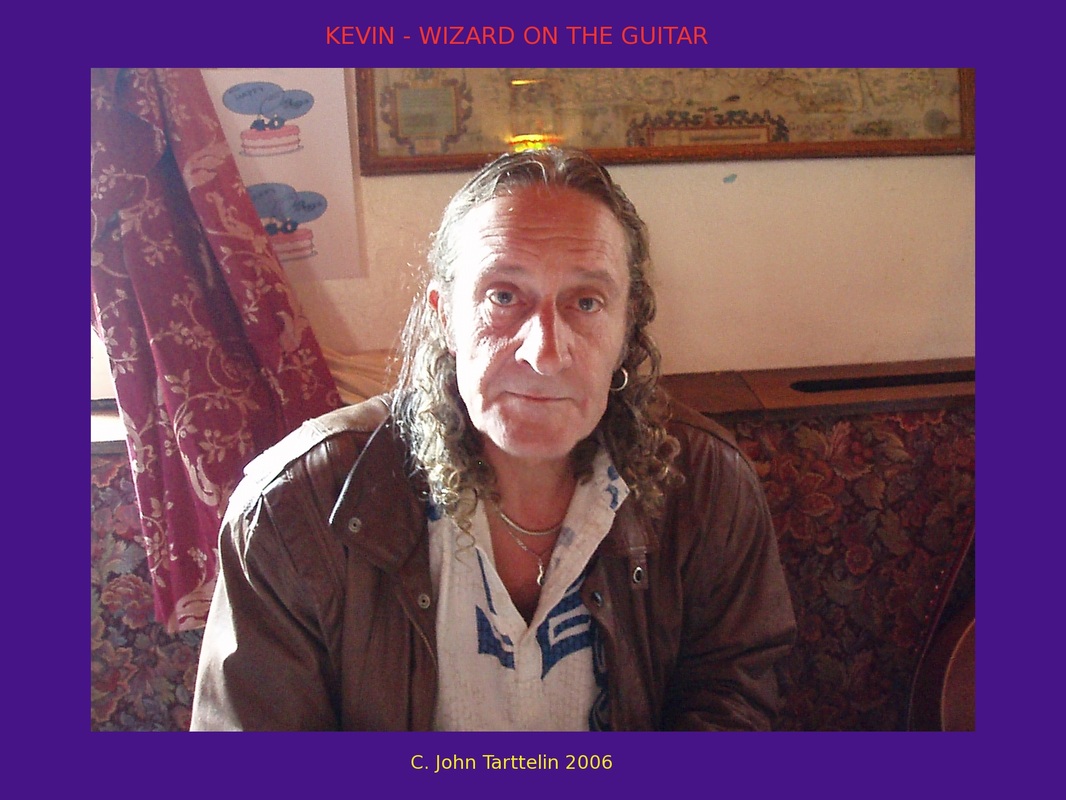 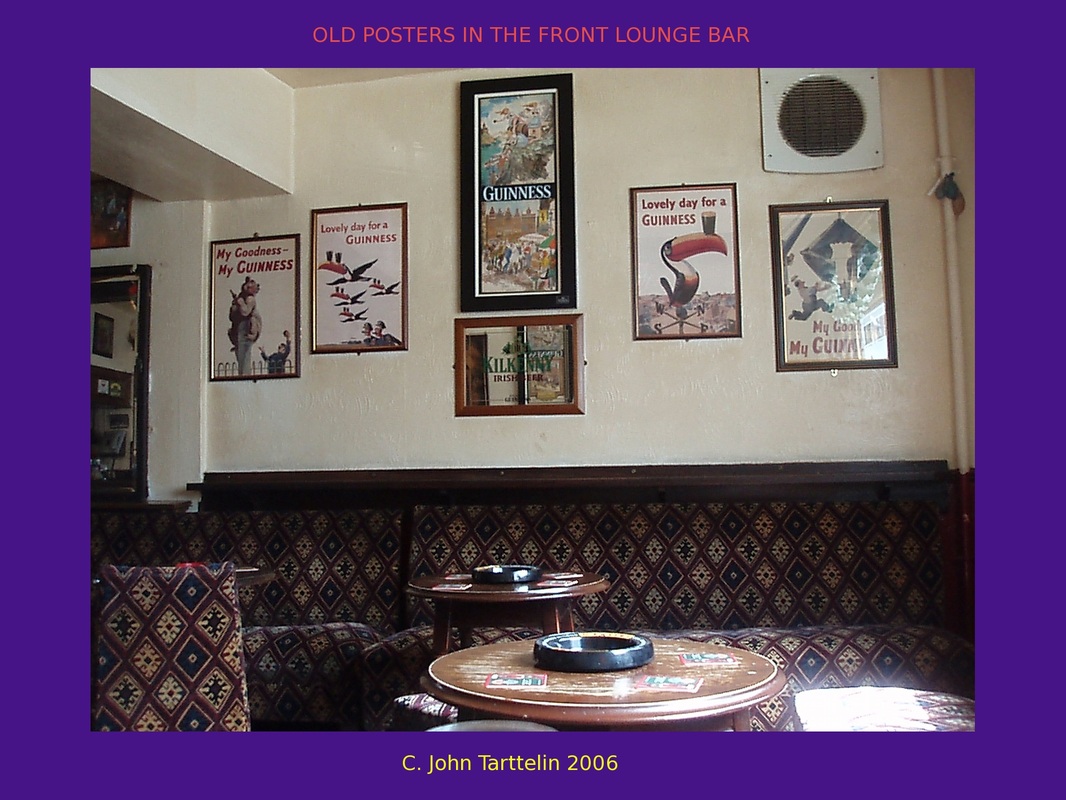 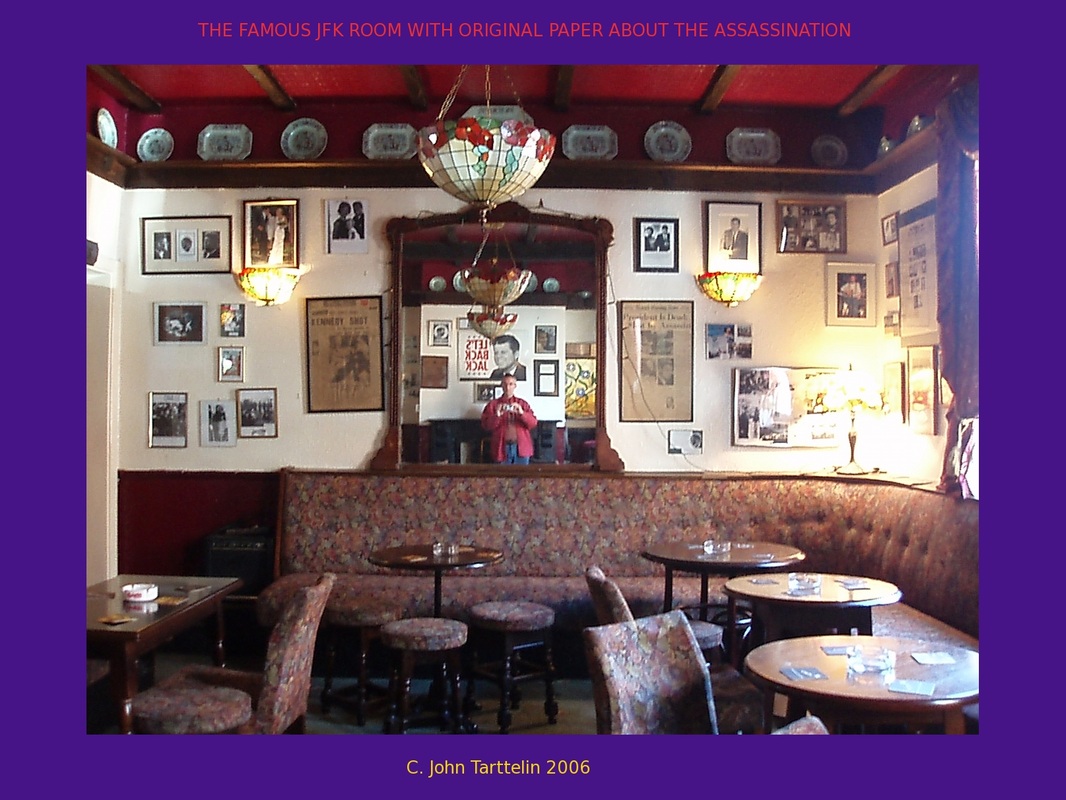 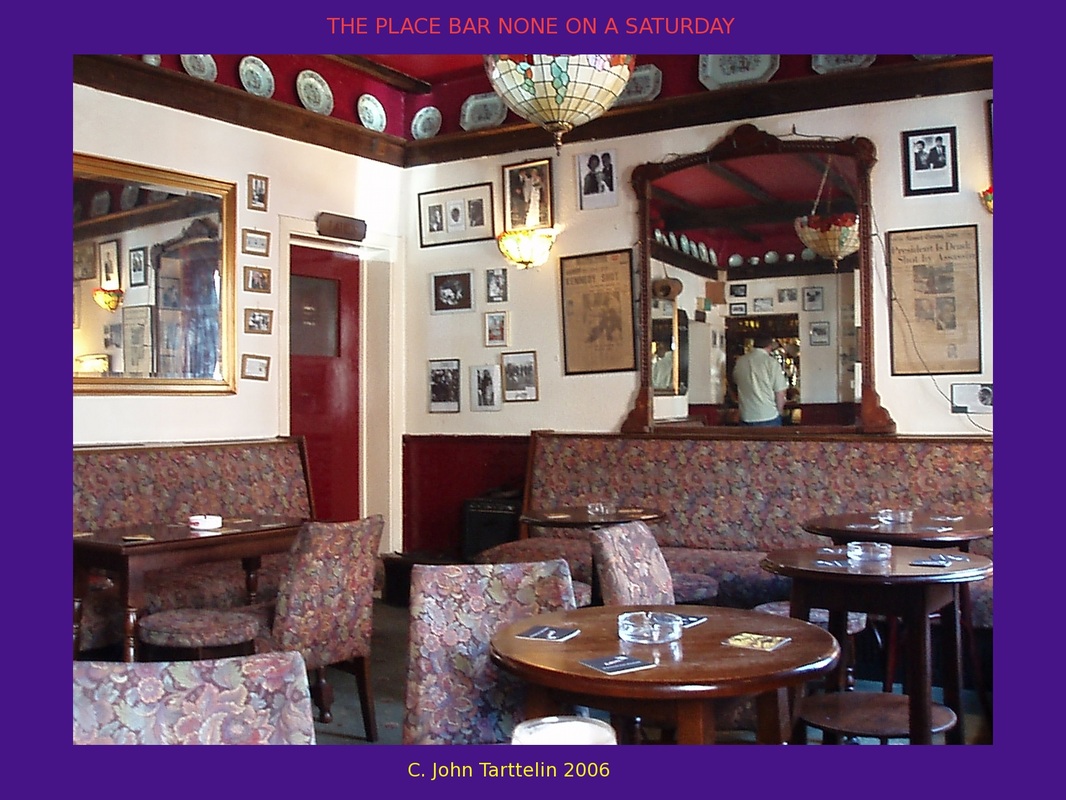 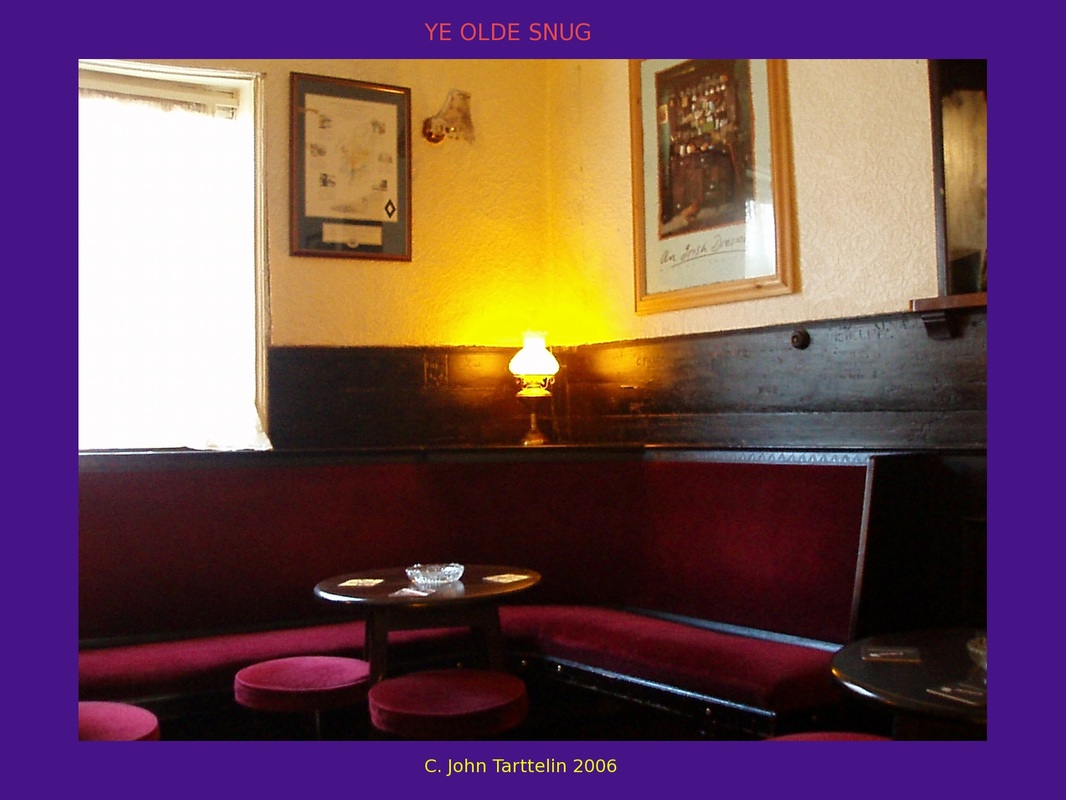 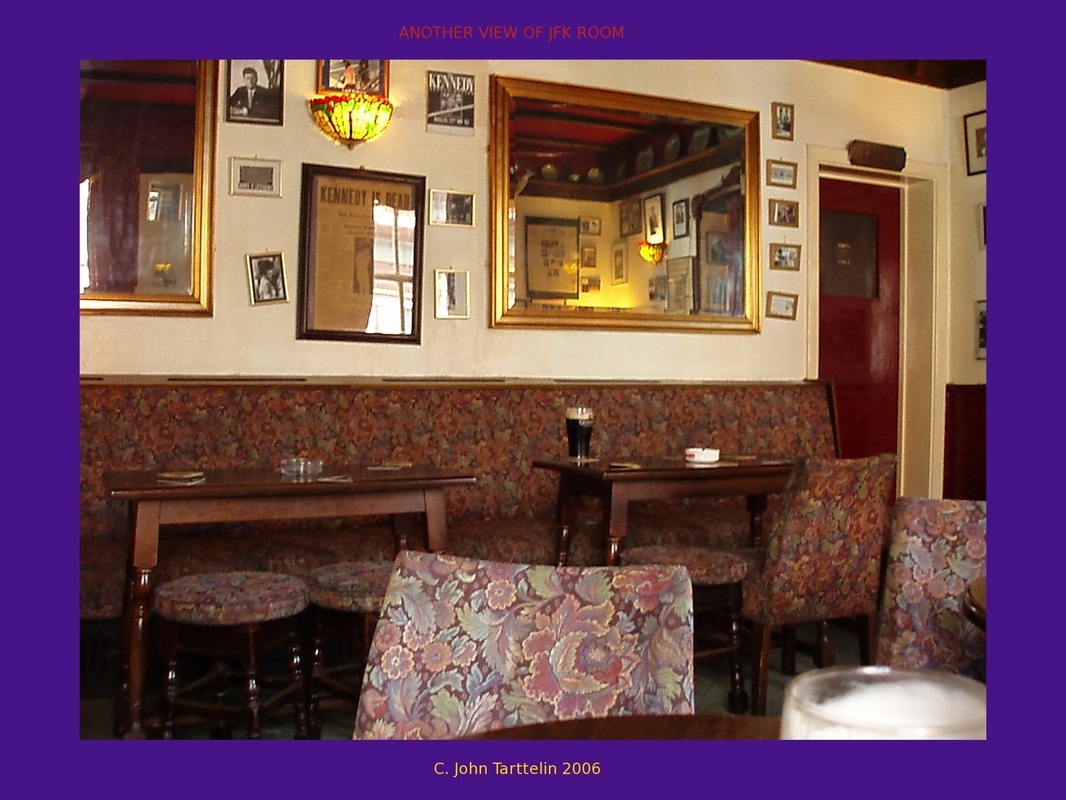 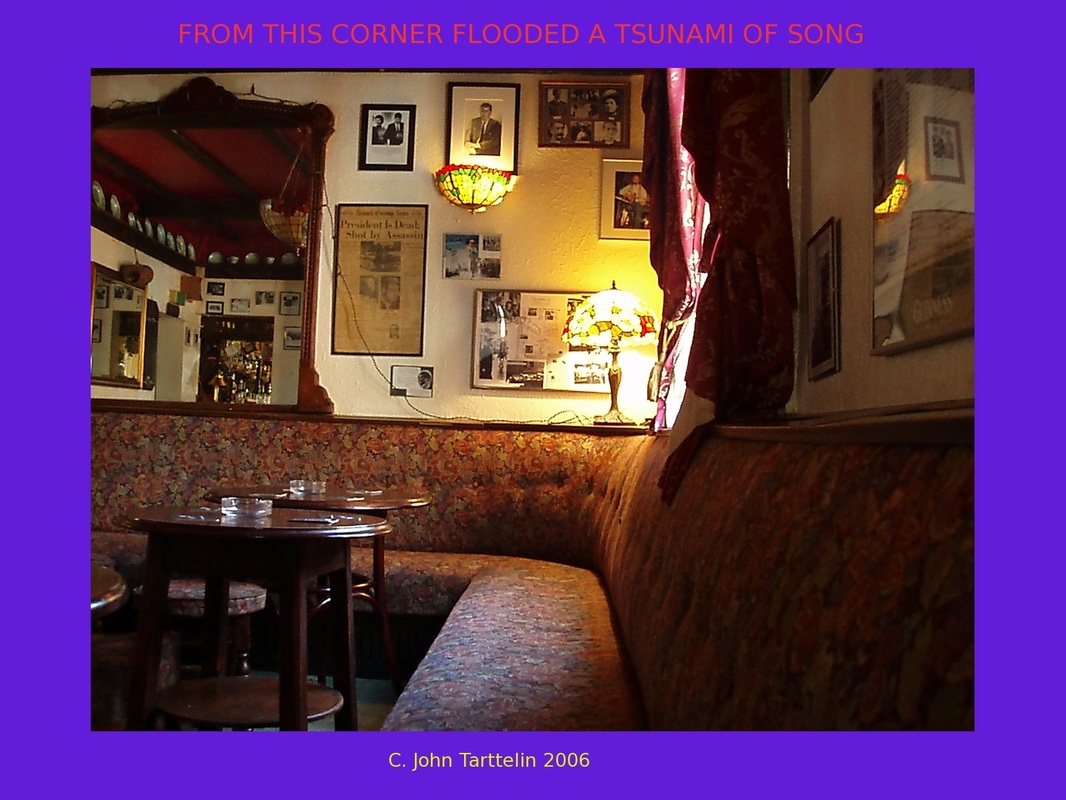 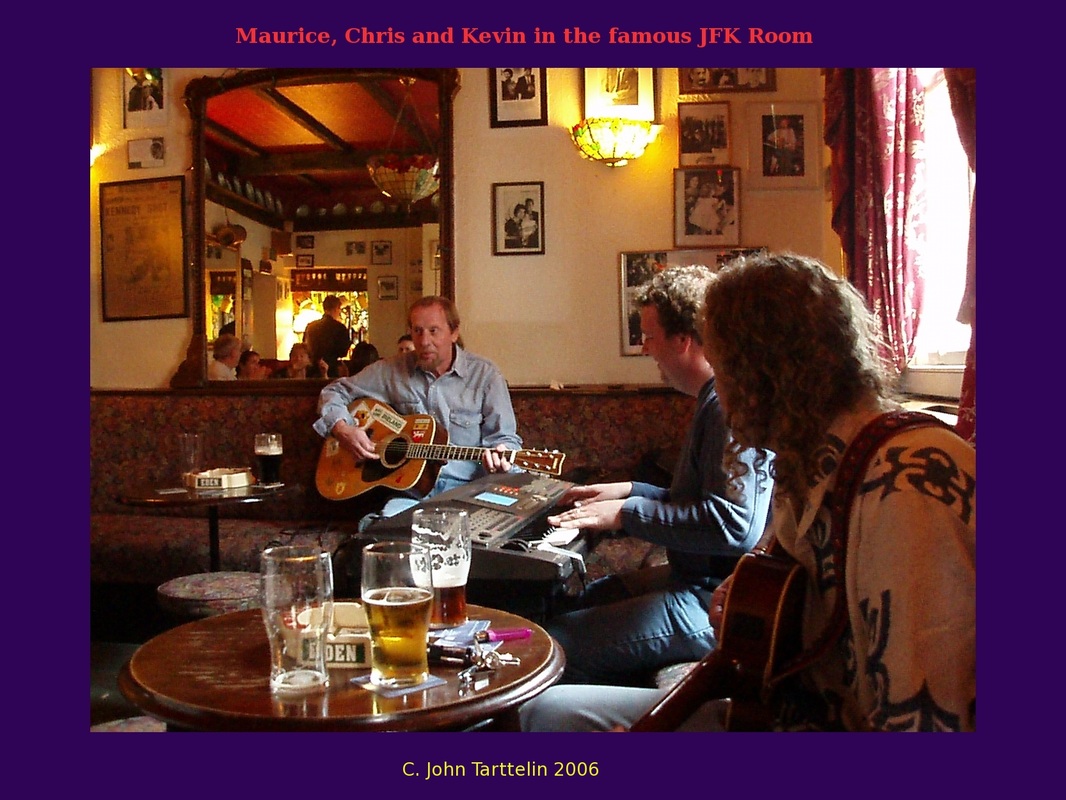 R.I.P. MAURICE MALONE - YOUR SONGS REMAIN IN OUR HEARTS

WRITE: Click on arrow at bottom right and then the grey box above it and write DOG AND PARTRIDGE SHEFFIELD in Youtube feed at top to see the lads singing  "Strawberry Beds"