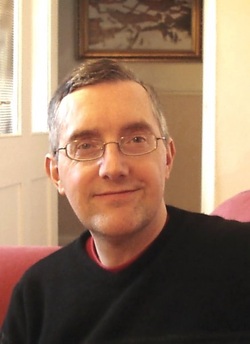 John Tarttelin
John Tarttelin was born in 1955 in Great Grimsby, Lincolnshire in England and began writing stories as a teenager. He has now been writing for over 40 years. He studied history and geography at Sheffield City Training College and has been living in South Yorkshire since 1973. John loves the city of Sheffield and not surprisingly, it features in a lot of his stories. The fantastic Victorian gothic graveyard off Ecclesall Road was the inspiration for both Zombie and Soul Survivor. When John heard about the fascinating Yorkshireman Thomas Wentworth, the first Earl of Strafford, he decided to write his M.A. dissertation about him. Wentworth was a powerful and dynamic man, the first minister to a very weak King, Charles Ist. The Earl was beheaded in 1641 because he was too loyal to the vacillating monarch. Charles 1st was the very opposite to Napoleon. He believed in the principal of divine right whereas, after the French Revolution, Napoleon found a crown in the gutter and picked it up with his sword.

John has had work published in several magazines including First Empire which covers the Napoleonic epoch. In 2008 he wrote a review for Amazon of Ben Weider's book The Wars Against Napoleon. John was very surprised when Ben himself phoned him from Montreal and asked him to join the International Napoleonic Society, the INS. Since then, John has written twenty articles for the Society covering all aspects of the Napoleonic period. His recent book:-  THE REAL NAPOLEON is based on these articles.

John likes writing in many genres and his AMAZON KINDLE PAGE includes novels, short stories and articles. His horror stories include INCUBUS GOTHIC, a massive 175,000 words and the first in a series of HORROTICA novels, TOTAL ZOMBIE the second Horrotica novel of 80,000 words and the horror series SOUL SURVIVOR. He has also written THE WEAVERS OF TIME a 199,000 word Viking Fantasy - all six parts are now available on Amazon Kindle. Then there is FILEY BRIGG which is a romance. 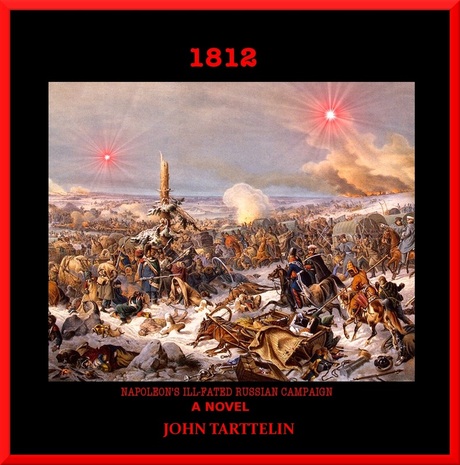 1812 is an historical novel about Napoleon's ill-fated invasion of Russia. It follows the adventures of a group of soldiers during the campaign. The main character is Andre Legrand who is a member of Napoleon's Imperial Guard. The story begins in Dresden in May of that year where Andre and his best friend Alexandre Des Mazis are waiting for orders. At the same time Colonel Count Armand Lafayette has just been made an ADC to the Emperor.

In Dresden, Napoleon is surrounded by most of the monarchs and rulers of Continental Europe - with the notable exceptions of the King of England, George III and the Tsar of Russia, Alexander. Most contemporaries thought that Napoleon would be victorious as he had so often been before. However, no one would have dreamed that the appalling weather would have such a devastating effect upon the 600,000 French and Allied soldiers involved in the campaign.

The decade 1810-1820 was the coldest in the C19th as the so-called Little Ice Age was coming to an end. In 1812 Russia had its coldest winter in 100 years. This annihilated the Grand Army on its retreat from Moscow, but the early stages of the invasion were almost as bad. Because of a plethora of volcanic eruptions that had occurred in the years just before the invasion, the sky was full of trillions of dust particles. Rain forms around a nucleus of dust and this led to torrential summer downpours. One freak summer hailstorm caused the deaths of 10,000 horses overnight. The hot and dry summer reminded veterans of the Egyptian campaign nearly two decades earlier. 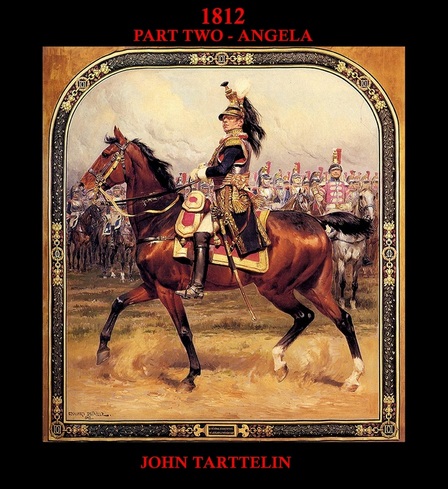 When Andre goes looking for an old friend, Jean-Baptiste, he discovers Angela Pasqualini, the cantiniere to the 30th Regiment.  Angela is a femme fatale who will haunt Andre for the rest of the campaign. He also meets others members of the Regiment -  Etienne, Joseph, Henri, Michel and 'Petiot'  - French for 'Little Un'.

Throughout the long hot summer, the soldiers march, crossing  the River Niemen into Russia on June 24th 1812. They travel through Kovno and on to Vilna, the capital of Lithuania where absolute chaos reigns. There Andre and Alexander meet the soldiers of the 30th again but they are amazed to see someone else - none other than Angela who has travelled without permission. She is in dire trouble.

Now that he is ADC to Napoleon, Armand Lafayette notices the severe difficulties the Grand Army is facing and the Campaign has only just begun! Supplies for the troops are simply not getting though to them. It does not bode well for the future and this is all before a single battle has been fought with the Russians.

AGENTS, EDITORS AND MEMBERS OF THE PUBLIC CAN CONTACT JOHN AT:-
johntarttelin@msn.com

JOHN TARTTELIN'S 30 KINDLE TITLES CAN BE FOUND ON HIS AMAZON PAGE
PRICES START AT LESS THAN £1-53 AND $2-99 - GREAT READS AT GREAT PRICES!

IF YOU LIKE DARK AND SEXY GOTHIC HORROR
THESE ARE THE BOOKS FOR
YOU!