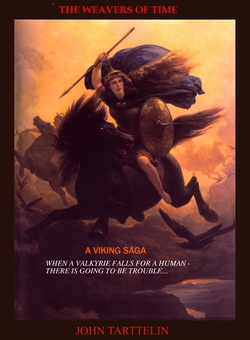 THE WEAVERS OF TIME - New Second Edition
is a Viking fantasy adventure with a host of great characters. I have always been interested in the Vikings and I really enjoy writing this series. The five parts so far contain over 170,000 words and a final part THE NORNS is to follow.

Most people think of the Vikings as being ruthless raiders who massacred everyone they met. It is true that many were ferocious warriors but there is another side to these Northern wanderers. They got to America long before Columbus and some even fought for the Byzantine Emperor in the famous Varangian Guard. Harald Hardrada was perhaps the most famous of these. He was reputedly over 6' 7" tall and when he invaded England in 1066 and demanded tribute Harold Godwinson told him he would give him just six feet of English soil or that much more than he was taller than a normal man. At the Battle of Stamford Bridge in September 1066 it was the Saxons that massacred the Northmen. However, after this titanic struggle Harold Godwinson's Army was much depleted and that is why at Hastings William the Conqueror was victorious. Such are  the twisted and strange ways of Fate. 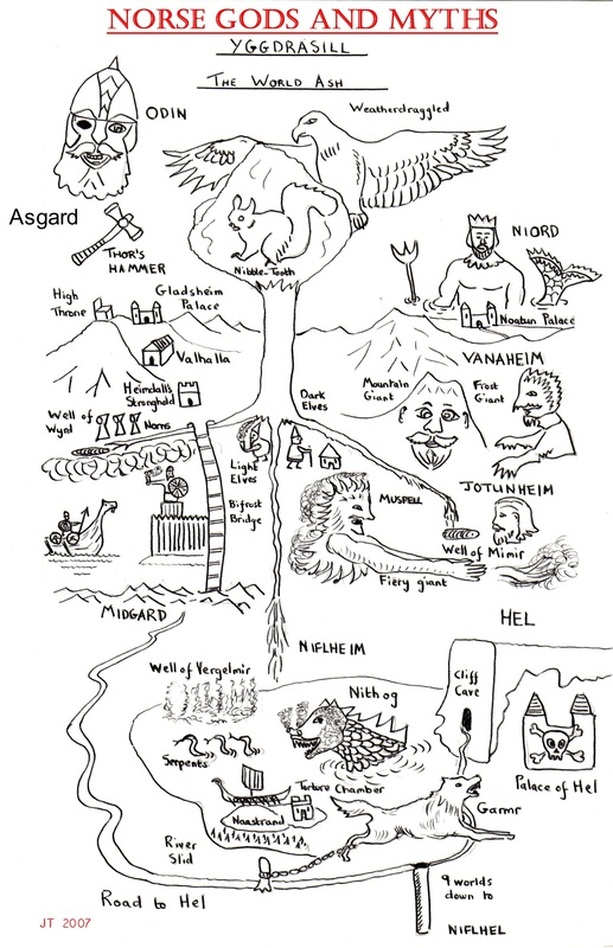 The Vikings had a fantastic pantheon of gods and goddesses and it is this side of them that I am using in my novel THE WEAVERS OF TIME. You can see from the diagram opposite just what fertile imaginations they possessed. They also had a ready sense of humour!

The Vikings believed that everything in life revolved around the mighty tree of Yggrasill. Puny little humans inhabited Midgard - Tolkein pinched this idea and invented Middle Earth for his books. They had not one, but two heavens - Asgard, by far the most important, and Vanaheim. Interestingly, in modern German - heimat - means 'homeland'.There are lots of linguistic links to our own time.

Many Norse words sound harsh to the ear - egg, awkward, sky, scar, ugly - there are lots of gs and ks in their vocabulary. But our own language is all the richer for it .

What attracted me most were the fabled Norns - the Weavers of Time. The Vikings believed that every person's life was a thread woven by the three Norns and if that thread was snapped than that individual's life would end. No one knew what the Norns looked like. Some said they were old and ugly (hence in Macbeth Shakespeare has them portrayed as three old hags) - others said they were young and beautiful. Even the gods feared their power and Odin himself was wary in their presence. But even he dared not approach them too closely.

THE WEAVERS OF TIME

Can be found on AMAZON KINDLE. The first five parts are available for only $2-99 or £1-53 each. The final PART SIX has just been added to KINDLE, making 199,000 words in total for this dramatic Viking saga.