A NEW VOICE IN THE NAPOLEONIC DEBATE - EDITED BY PASCAL CAZOTTES 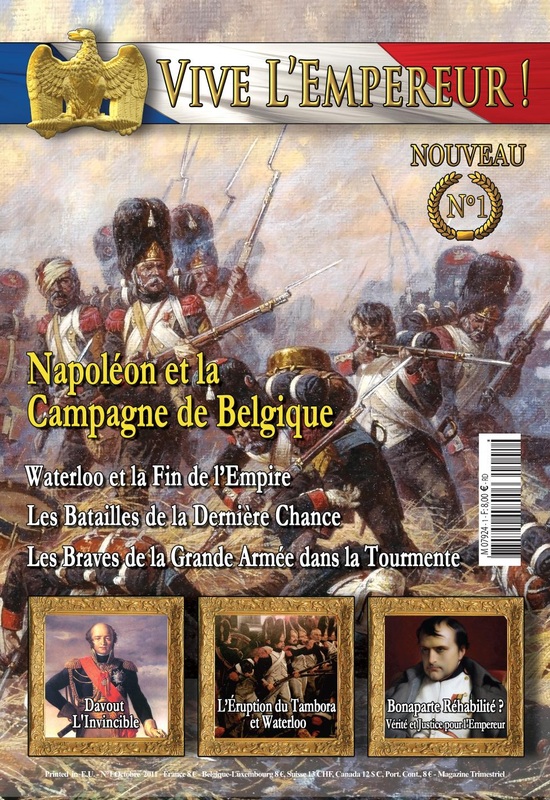 I am absolutely delighted to be able to announce the first edition of VIVE L'EMPEREUR magazine in France. Edited by my great friend and esteemed FINS colleague Pascal Cazottes, it is a very welcome addition to the literature concerning Napoleon - much of which is very biased against him, particularly in the British Press.

Setting up a new publication, especially an academic one, is a massive undertaking and Pascal has made immense efforts to get the magazine out in time for the October 22nd deadline. Not only that, Pascal himself translated an article of mine that appears in the first edition - The Eruption of Tambora and Waterloo.

Here is the first cover. I am certain the magazine is destined to be a major player in the Great Napoleonic Debate.

What else is there to add but VIVE L'EMPEREUR!